My love for Halloween Horror Nights began almost four short years ago when I was lucky enough to attend HHN 25.  That year’s event showcased nine incredible haunted houses, five scarezones and brought back everyone’s favorite icon Jack the clown.  I was hooked the second I walked into one of the haunted houses and have been back every year since. Here are my top five favorite HHN houses from the last three Halloween Horror Nights.

This was the very first HHN house I ever dared to walk into and it set the bar for the rest. I was completely blown away with all the amount of detail that each scene contained. It was literally like being in all the monster movies I grew up watching. This house still has the honor of being the only one to actually make me jump from a scare. This was all due to the perfect timing of the scareactors and a well built false wall.

2016’s American Horror Story uber maze was the star of Halloween Horror Nights 26.  The Universal creative team did an incredible job combining the three seasons of: Murder House, Freak Show and Hotel into one house of pure adrenaline.  Even if you are not a fan of this show the house featured Twisty the clown, who is down right creepy and the actors that portrayed the character were on point.

Scarecrow The Reaping was the best house of Halloween Horror Nights 27 and some believe it may be the best house ever. This original concept maze had you walk through a farm during the 1930’s dust bowl, while being attacked by a pack of scarecrows.  What made this so memorable were the narrow halls that made everything feel claustrophobic.  Plus, it seemed that the actors were jumping at you from every corner possible.  Another bonus for this house was the facade, which included actual rows of corn that only helped you believe you were actually on a farm. 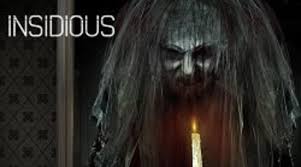 HHN 25’s Insidious house took users through the further as shown in the first two chapters of the movie series.  You could tell who ever designed this house was a fan of the movies series, because every scare from the movies were included into this house. What I remember the most from this house was waking into a room and seeing the lipstick demon jump at the person in front of me. Trying to act all bad ass I looked the actor in the eyes as they slowly went backwards into a false wall only to see the actor’s eyes look past me as if something was hidden out of my sight. I figured go with it, so I turned around to find another lipstick demon right behind me looking over my shoulder.

The Exorcist was HHN 26’s most anticipated house and it lived up to all the hype. First, I would like to point out that the movie is considered one of the scariest movies of all time and Universal took on a huge challenge trying to create many of its memorable scenes.  What I remember most about this house was the smell of pea soup as you walked past vomit stained sheets.  This house scared my sister-in-law so bad that she refused to do anymore houses that night.

So, what are your favorite Halloween Horror Nights houses? Let us know!