Each year Universal’s creative team does an incredible job creating an event based off of Intellectual Properties (IPs) and original concepts. However, over the last few years a number of fans have begun to criticize Universal’s creative team.  The main items that these fans have disparaged are: 1) the amount of time it takes to get event announcements, 2) the inability to land certain big name IPs and 3) scare zones that seem like photo opportunities instead of being scary.   So, the purpose of this article is to give those concerned fans a voice and to see how they would design a Halloween Horror Nights (HHN).  The following guidelines will be used for designing your own HHN: 1) unlimited budget, 2) you can use any location, 3) freedom to use any IPs, 4) five scare  zones  or more, 5) at least five haunted houses and 6) two shows or more  to help move traffic. Using these guidelines this is how I would create my very own HHN.

That is right I would put a scare zone in a Harry Potter area. Why you ask? The answer is quite simple. King’s Cross was designed to look like London’s Underground. So, this is why the area would tie into the story of ,“An American Werewolf in London,” perfectly. Spoilers for anyone who has not seen the film, but one of the best scenes is a chase in the London Underground.

What a perfect fit this would be in the New York section of the park. Both ,”Ghostbusters,” movies are loving tribute to one of the greatest cities in the work New York City. Not to mention, they could have the ghostbusters perform a nightly show in front of the New York public library facade, which was made famous in the beginning of the first movie.

The reason for this scare zone is the area’s placement of trees. So, this area would allow the creative team to recreate some of the film’s more memorable scenes in the woods.

This scare zone should be labeled as two things: 1) no brainier and 2) why haven’t they done this already.  All you have to do is populate the Springfield section of park with characters from the various episodes of , “Tree House of Horror.”

Thanks to 2016’s scare zone, “Deadman’s Wharf,” we already know this will work. In fact, you could use the same costumes and special effects and the fans would be non the wiser.

1. Return of the Living Dead

Return of the Living Dead is by far my favorite horror movie of time. This one of the few horror films where the characters make logical decisions, but still seem to get themselves in dire situations. The film is non-stop action, great special effects and still has moments of comedy allowing the viewer to catch their breath.

This movie would make an incredible Halloween Horror Nights maze. First, you have an unlimited of zombies to jump at you from every corner. This film has several memorable scenes that Universal’s creative team could knock out of the park. Such as the scenes where the goo-zombie is attacking in the basement, or when Ernie is dissecting a body in the morgue. Not to mention if Universal made this one of their smaller mazes the action would be non-stop and give the users a scare around every corner.

Of all the great stories Mr. Alfred Hitchcock put on film, nothing is more suspenseful then that of one Norman Bates.  Halloween Horror Nights would be able to give us a great maze no matter if they choose to use the murderous version of Norman in, “Psycho,”  or the younger version of the character that is struggling with mental illness in, “Bates Motel.”

Either choice gives Universal plenty of material to make the maze memorable. If Universal chooses the adult version of Bates then they can simply recreate all famous scenes for the movie, like Norman attacking with a knife from behind the shower curtain or the discovery of Ms. Bates’s decaying body in the basement.  However, if Universal chooses the younger version of Norman then they may be able to do something more creative with the maze. I for one can see a maze that is designed around young Norman’s troubled mind. The further you go into this maze, the further you lose the ability to tell what is real and what is a construct of the mind. Thus, showing you the horrors of the victims and the killer himself.

First of all I want to make it know that we  are only talking about the original 1985 version of this film.  This movie is not only great story, but it was also one of the first horror films to present a lead character who is film savvy and knows how to follow the paint by numbers approach in order to survive.  This character approach would later give us another horror classic in, “Scream.”

The real reason I only see the 1985 version of the movie as a maze, is that you could do some really cheesy Peter Vincent, “Fright Night,” TV show monologues cue videos just like Universal did for the now classic maze, “HR Bloodengutz.”  This would get the crowd pumped up and excited for the maze. Finally, Universal should have plenty of vampire supplies left over from 2017’s “The Hive,” to recreate some of the film’s more famous scenes. 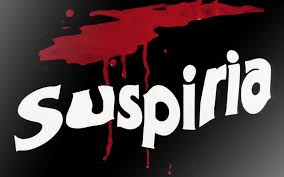 Suspiria is an incredible viewing experience, that challenges all of your senses.  First, the scenery is all vibrant red and violet colors that gives the viewer a sense of being in an desolate dream. Next, you have the incredibly bloodcurdling soundtrack by the band Goblin.

Taking in account of all the visual and audio aspects of this movie I fill this would make an incredible 3-D. All the vibrant colors of the movie could be recreated using the glow-in-the dark neon colors that Universal loves to use in 3-D houses. As for music, just blast the Suspiria theme song and let the mindf@### begin!

Either one of these houses would be easy to create. Just give us incredibly intimidating tall werewolves in very confined spaces. Give us a claustrophobic feeling of no where to run or hide. Makes feel that we are being hunted down one by one and the screams are certain to happen.

6. A Nightmare on Elm Street 3

Where to begin on such a classic film that saved a movie franchise. Freddy is a horror icon, so you can never go wrong including him at a Halloween Horror Nights.  I would be happy if Universal just recreated all the classic kills from the films. If anything, Universal would have to give us the Freddy worm trying to swallow Kirsten and the, “Welcome to Prime Time,” TV scenes to make this maze legit. It would allow be incredible to see Universal recreate the winding stairs to Hell, right before you face off against Kruger in the boiler room.

Count this one on the why hasn’t this already been a maze at Halloween Horror Nights list.  There are so many creepy scenes that the creative team could recreate for this maze.  I could even see Universal making the maze be the puzzle box itself.  You solve the riddle to the box, and begin to travel those the various chambers until you face off against Pinhead.

Five Nights at Freddy’s has been a pretty popular property the last four years, and the HHN fans have been asking for it.  If we ever do see this one at Horror Nights, I hope Universal does something really creative with it like making it a virtual reality experience.

For those of you that experienced 2016’s ,”The Repository,” remember wearing the VR headset and carrying the optic wand. I can see this working with the whole FNAF game play. The VR headset could be used like the mask in Five Nights at Freddy’s 2 and the optic wand would be your virtual flashlight.  As you walk around the dark maze you would hear footsteps or breathing at that point you pull down you VR headset then flash your flashlight to make sure you are save.

Anything one who has seen this sci-fi classic knows how dark and creepy the visuals are. Give me a house with the creepy visuals and ambient sounds coming at you from nowhere and this one could be the cause of many a nightmare.

Universal please bring back Halloween Horror Night’s dynamic duo. This show has been a fan favorite since HHN 2. Yes, the last few years shows have not been great, but at least they draw in audiences and make the lines bearable.

2. Icon Show (See below to find out  events icon or icons)

The Director and the Usher

So, do you like the HHN we designed? What would your HHN include?